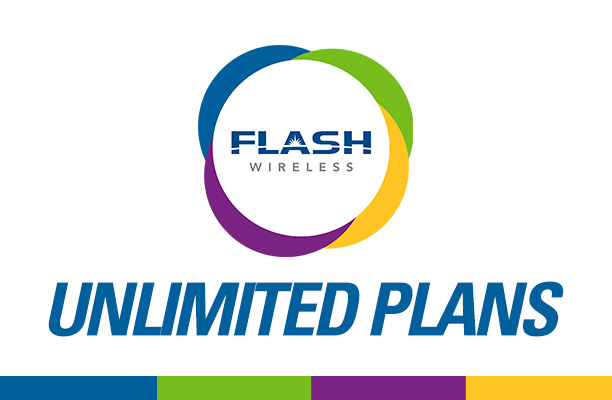 Flash Wireless is an award-winning company, taking home top honors in 2016 from the annual Interactive Media Awards for its eCommerce platform – including the Best in Class Award, the highest honor given by the Interactive Media Council.

* Excludes taxes and surcharges. Credit applies to Monthly Recurring Charge (MRC). Subject to the Flash Wireless Terms & Conditions and Acceptable Use Policy. Plan allows high speed data access (up to 4G LTE speeds with compatible network and device) only up to 22GB per line. After the 22GB limit is reached, Flash Wireless may slow data to as low as 128 kbps for the remainder of your billing cycle.

Flash Wireless, is a division of direct-selling powerhouse ACN, Inc., and provides wireless service utilizing established and reliable nationwide networks. By offering contract and no-contract plan options at competitive low monthly rates along with a commitment to outstanding customer service, Flash Wireless is a preferred choice for wireless service. Learn more at www.flashwireless.com.